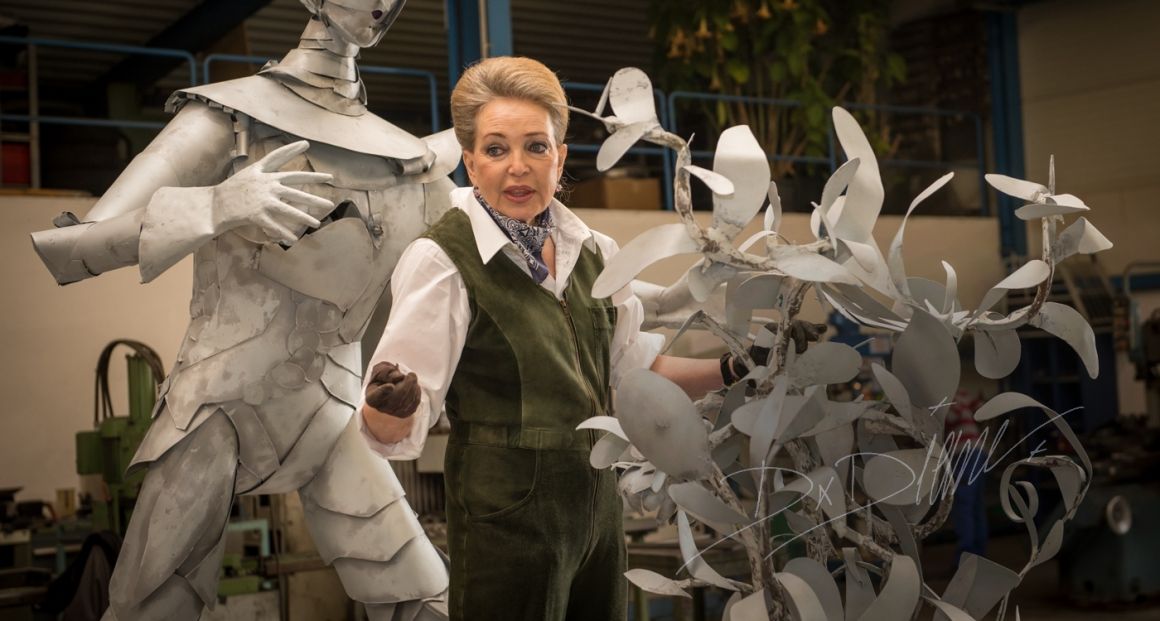 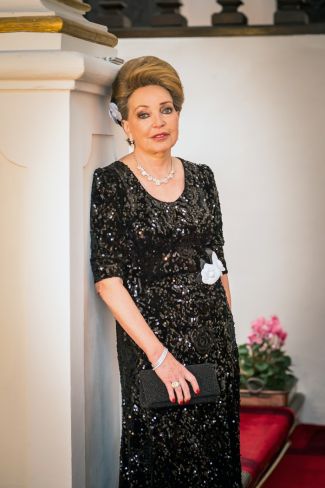 Portrait of an extraordinary artist

Diane Françoise Maria da Gloria d'Orléans is born on 24 March 1940 in Petropolis (Brazil). Her parents – Prince Henri d'Orléans, Count of Paris (1908 to 1999), and Princess Isabelle d'Orléans-Braganza (1911 to 2003) – are living in exile; as potential heirs to the throne, they are persona non grata in France at this point in time. The family returns to France in 1953 and takes up residence in Louveciennes, not far from Versailles.

She begins to paint at the age of 14 and is particularly interested in silk painting. At the age of 16, she perfects her technique at the Académie Julian in Paris. She also broadens her experience with other artistic techniques, such as silk screen printing, oil painting, stuccowork, and glass and wood painting.

From this point onwards, she uses the signature DxDiane on her creations. The letter D placed before Diane signifies "Dimanche de Pâques" (Easter Sunday), the day of her birth.

Württemberg – New centre of her life and work

Following her marriage to Carl, Duke of Württemberg in 1960, Diane, Duchess of Württemberg, Princess of France, initially takes up residence at Friedrichshafen Palace on Lake Constance. In the following years, their children Friedrich, Mathilde, Eberhard, Philipp and Michael are born.

Carl, Duke of Württemberg recognises his wife's strong creative drive and supports her in her artistic work.

A fresh start and her first international successes

Due to a serious illness brought on by working with lead-containing painting materials, the artist is forced to take a three-year break. It is not until 1971 that she is able to resume her artistic work. Her first exhibition follows in 1972, at the Sculpture Gallery in Paris.

In 1975, the family moves into Altshausen Palace, and in 1977, the couple's sixth child, their daughter Fleur, is born.

1980 sees the start of the artist's sculptural work. Her favourite material is metal and, initially, cast bronze in particular. The Kienzle brothers in Altshausen also teach her how to weld, enabling her to create sculptures from various pieces of metal. Her creative energy is particularly evident in her monumental works depicting angels, which are made of welded, perforated plate and which she created in 2001.

DxDiane has acquired an extraordinary range of craftsmanship skills in the course of developing her various artistic techniques, ranging from glass painting and the creation of belt buckles and ceramic works, to porcelain painting and patchwork creations, all the way through to the making of rag dolls.

Another specialist area includes her haute couture creations, which have given her an unmistakable profile as a fashion designer.

DxDiane's work is invariably characterised by the attempt to explore the human condition in great depth and to reflect this in her art. It's therefore hardly surprising that themes such as "lovers" and "affection" are leitmotifs that appear in ever varied form throughout her artistic work. Her enormous expressive energy is evident in many of her sculptures, particularly those that portray the phenomenon of metamorphosis – the transformation of people into animals, plants or even rocks. It is here that her tremendous passion, expressiveness, and ability to express surprising ideas in an easily understood way really come to the fore. Her motifs are frequently born from the subconscious and are therefore sometimes seen as having a touch of surrealism about them. The artist's sense of humour and simultaneous seriousness are characteristic of her search for perfect forms of expression.

In 1979, she established the foundation "Diane Herzogin von Württemberg, Prinzessin von Frankreich-Stiftung". 2010 saw the establishment of the "Fundación Princesa Diana Duquesa de Wurtemberg" in Paraguay. The net proceeds from the sale of her works go to projects aiding disadvantaged children at home and abroad and into the protection of regional culture and heritage.

Honours and tributes at home and abroad

Diane, Duchess of Württemberg has been awarded numerous national and international prizes for her commitment to the arts and her charitable work.

Conferment of the "Prix Européen de la Culture" in Paris for the Duchess' commitment to the arts and her patronage.

Bestowal of the "Pro Merito Melitensi" (Grand Cross for Exceptional Services) specifically for her personal commitment to charity projects in Africa, one of the highest honours conferred by the Order of Malta.

Award of the "DODO" Prize for Women in recognition of the artistic work and active social commitment of Diane, Duchess of Württemberg.

Conferment of the "Montblanc de la Culture Arts Patronage Award" in Munich. The international jury awarded this globally unique prize for contemporary private patronage to the Duchess in recognition of her personal and financial commitment within the scope of her foundations.

The Duchess was appointed Chairwoman of the Board of Trustees of the "Kinderland" foundation by the Minister-President of Baden-Württemberg, Mr Oettinger. The Kinderland foundation is a subsidiary organisation of the Baden-Württemberg Foundation, which promotes the future potential of Baden-Württemberg. It paves the way for cutting-edge research, diverse educational measures and responsible social behaviour towards our fellow human beings.

Recipient of a knighthood from the French Legion of Honour (Chevalier de la Légion d’Honneur). Conferral of an honorary doctorate by Saint Petersburg State University.

Order of Merit of Baden-Württemberg. Conferred by the Minister-President Stefan Mappus at Mannheim Palace